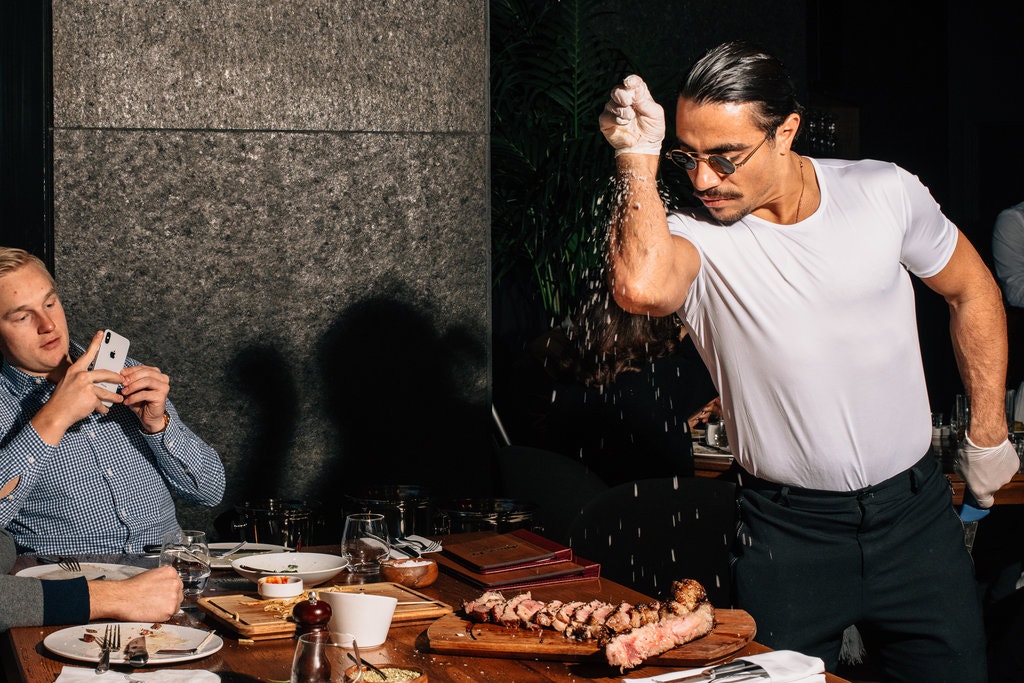 Nusret Gökçe, nicknamed Salt Bae is a Turkish chef, food entertainer and a restaurateur. He was born in Erzurum, Turkey to a Kurdish family. Due to his family’s financial issues, he had to leave school in the 6th grade and work as a butcher’s apprentice. He became widely known through a viral video, titled “Ottoman Steak”, which was viewed 10 million times on Instagram in the year 2017. He was dubbed Salt Bae due to his unusual way of sprinkling salt. He drops the salt from his fingertips to his forearms, which then falls on to the dish. Gökçe visited several countries between 2007 and 2010 and worked for free in local restaurants in order to gain experience as a cook and a restaurateur. In 2010, Gökçe opened his first restaurant, Nusr-Et in Istanbul and he later opened a Dubai restaurant, in 2014. As of 2021, Nusr-Et has branches in Turkey, Abu Dhabi, Dubai, Qatar, Saudi Arabia, Greece, the United States and the United Kingdom.