The Wonderful Benefits of Cinnamon 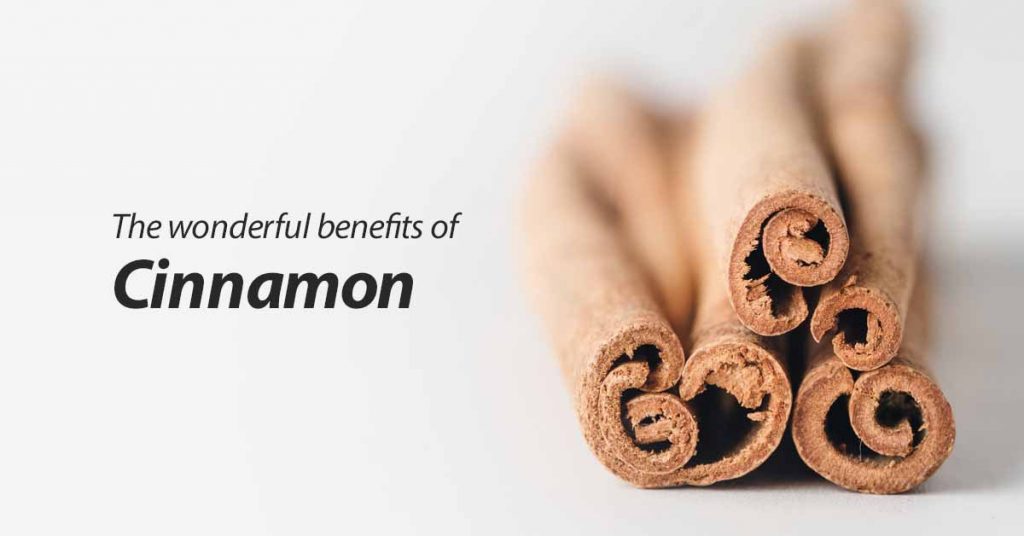 1. Cinnamon Is High in a Substance With Powerful Medicinal Properties

Cinnamon is a spice that is made from the inner bark of trees scientifically known as Cinnamomum.

It has been used as an ingredient throughout history, dating back as far as Ancient Egypt. It used to be rare and valuable and was regarded as a gift fit for kings.

These days, cinnamon is cheap, available in every supermarket and found as an ingredient in various foods and recipes.

There are two main types of cinnamon

Cinnamon is made by cutting the stems of cinnamon trees. The inner bark is then extracted and the woody parts removed.

When it dries, it forms strips that curl into rolls, called cinnamon sticks. These sticks can be ground to form cinnamon powder.

The distinct smell and flavor of cinnamon are due to the oily part, which is very high in the compound cinnamaldehyde.

Scientists believe that this compound is responsible for most of cinnamon’s powerful effects on health and metabolism.

2. Cinnamon Is Loaded With Antioxidants

Cinnamon is loaded with powerful antioxidants, such as polyphenols.

In a study that compared the antioxidant activity of 26 spices, cinnamon wound up as the clear winner, even outranking “superfoods” like garlic and oregano.

In fact, it is so powerful that cinnamon can be used as a natural food preservative.

4. Cinnamon May Cut the Risk of Heart Disease

Cinnamon has been linked to a reduced risk of heart disease, the world’s most common cause of premature death.

In people with type 2 diabetes, 1 gram or about half a teaspoon of cinnamon per day has been shown to have beneficial effects on blood markers.

More recently, a big review study concluded that a cinnamon dose of just 120 mg per day can have these effects. In this study, cinnamon also increased “good” HDL cholesterol levels.

In animal studies, cinnamon has been shown to reduce blood pressure.

When combined, all these factors may drastically cut your risk of heart disease.